I’ve always struggled with video games. I love them but could never quite clear the skills curve of the types of games I enjoyed: role-playing games. So I’d get through a good chunk of the game, get really invested in the characters and story, and then get stuck and give up in frustration.

The last time I felt good while playing games was to do with Zelda: A Link Between Worlds. It really got me into a flow state and kept me there and I loved it. I’ve replayed Ocarina of Time on 3DS and beat it, and it felt amazing. So I’ve changed, and Zelda’s changed, and I’m cautiously optimistic about how I might get on with contemporary Zelda games.

In what’s basically a flawless product video, the Switch was announced six months ago. And I knew I would get one eventually. Because just look at that thing.

I don’t buy game consoles – and I certainly don’t buy them early – because I Am Not A Gamer. But this time, it’s different. Both Breath of the Wild, the new Zelda game, and the Switch had me so excited that I got one only a few months after it launched. And I’m blown away by both.

The Switch is amazing, hardware wise. It’s basically a super-beefy tablet that plays Nintendo games and has a decent host OS. The little controllers (“joy cons”) are great. I’ve been playing mostly with the Switch connected to a TV, and I use the joy cons independently of one another, which is cool. I think I’m going to get the one-piece pro controller and see how it feels, since I’m playing a lot (and so is Ashley).

What I’m really excited for is Breath of the Wild. Everyone I know who has played it has been blown away, and based on the overwhelming positive response, I’ve been super-pumped. 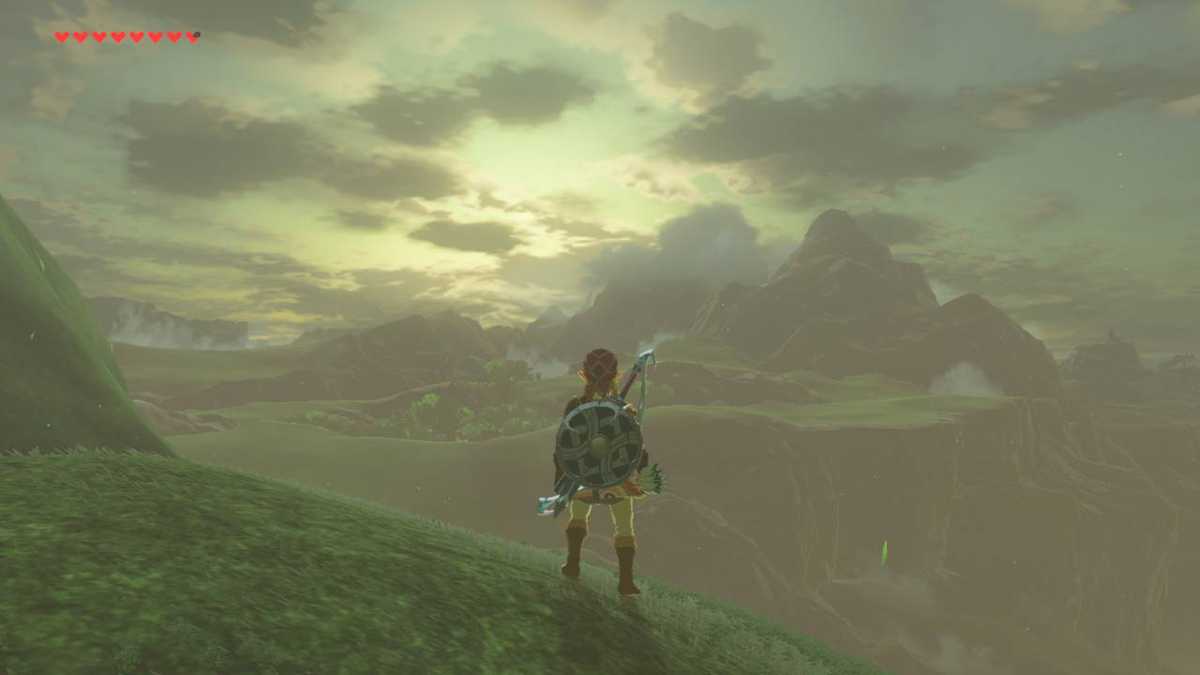 I’ll spare you my review by saying I agree with the spirit of this one. I love that there are different ways to solve every puzzle, but more than that: I love that it’s possible to beat the game without solving every puzzle. If I get stuck, it’s okay because I can come back later, or never.

In a similar vein to Portal, Breath of the Wild kind of normalizes the fact that you’ll die. And I have. A lot. But that’s okay because the game’s autosave does a great job of making sure I never loose much progress. Amazing.

I was initially frustrated at the beginning of the game because it’s quite difficult until you have levelled up a bit. But after that hump (which I cleared this time, awww yeah) it’s super-fun.

So yeah. Games. Maybe I’ll always be casual gamer but I’m really into what Nintendo’s doing right now. The Switch is an actual console, so maybe it’ll be a gateway into other, more serious games that get ported to it. I’m excited!