(Note: This is a pretty personal post. A classic “I wrote this for me, not for you” kind of post. Feel free to skip.)

Last year I realized that I’m also capable of being attracted to men. And I realized that I’ve been hiding from that fact for a long time. And I don’t want to hide anymore. So I’m coming out as bisexual. I’m still in a happy, committed marriage; coming out isn’t about changing my relationship with people around me, it’s about changing my relationship to myself.

And I already feel so much happier.

See, there’s this part of myself that I’ve been terrified of. I’ve hated this part of myself and have tried to wall it off. To isolate and bury it. That kind of walling-off hurts: it’s a constant mental tax. Without getting into specifics, these walls were formed in high school, and the walls aren’t exactly… precise, you know? I’ve been denying a huge part of me – my sexuality – because part of that sexuality is something I despised.

Coming out – to my wife, to my parents, and now to you – is a way for me accept myself for who I am. I’ve felt overwhelming relief as I tell the people close to me, like a weight is lifted from my shoulders. No more pressure to “act straight” – I can just be myself.

It’s Pride month, and I wish that I could say that I’m proud of my sexuality, but I’m still working on that. For now, it’s just a huge relief to not hate myself anymore. I’ll work on being proud later.

So what happened? Why now? Well, last year I went through a regimen of Cognitive Behavioural Therapy to treat my depression. This gave me skills to detect when I’m hating myself irrationally; after the depression faded, those skills were still kind of running in the background. Just on the lookout for anything I hated about myself. And they found something: my sexuality. Those same skills helped me navigate through coming to terms with myself.

Of course, it also helps a lot to have a loving, understanding partner. Thank you, Ashley, for being my wife, a partner who is just as excited to find out more about who I am as I am.

This has been a long process for me, and throughout it, I’ve found some pieces of art that have really helped me figure out who I am, and to accept myself. The Ash Furrow Bisexual Oeuvre, if you will.

A friend and colleague at Artsy, who is also a huge fan of John K Samson, recommended an album from JKS’ punk rock days: Propaghandi’s Less Talk, More Rock (Spotify). It’s an angry album, described by its creators as “the kind of album you write in your early twenties.” On its cover, you’ll see the words “animal-friendly, anti-fascist, gay-positive, pro-feminist” circling the border. 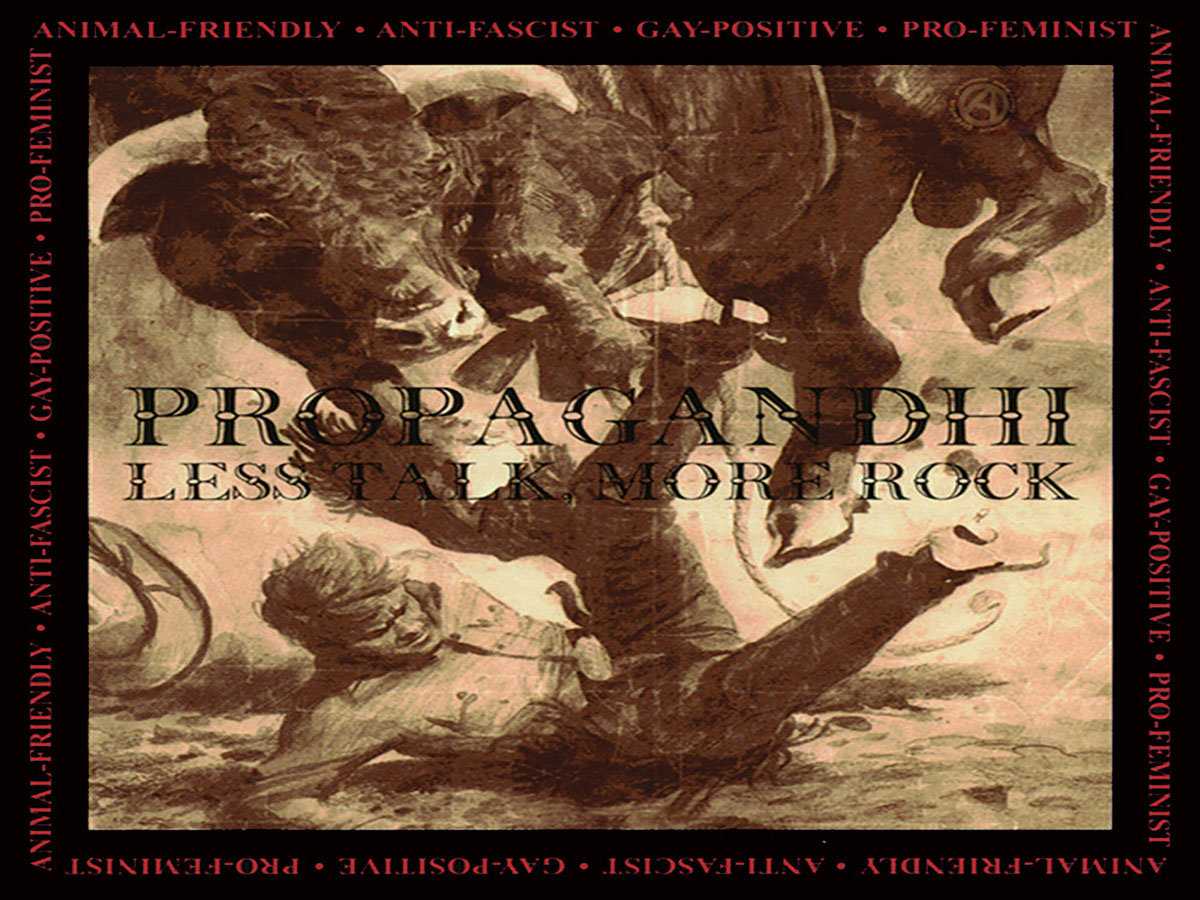 Thank you, Erik, for recommending this album. It changed my life.

hbomberguy is a video games YouTuber who covers left-wing politics, too. He’s very funny, and despite not being much of a gamer, I found myself captivated by his essays about video games that I will never, ever play. He’s just such a good video essayist, and one of his videos in particular really spoke to me.

This is an essay discussing HP Lovecraft, his stories, his racism, his homophobia… and how queer adaptations can appropriate his writing.

He also discusses coming to terms with his own bisexuality through art, and the video essay spoke to me in a way that I didn’t expect it to – or even want it to. Thank you, hbomberguy.

ContraPoints is a trans YouTuber who discusses left-wing politics, and who has been living her transition online. Someone confronting, then accepting, a part of themselves like that in public… it’s an inspiring, naked kind of bravery. Thank you, Natalie Wynn.

There’s this character, Jay. He spends two seasons being the show’s adorkable misogynist and homophobe. I didn’t really like the character, truth be told. But something happens at the end of the second season: he realizes that he’s bisexual. And instead of turning his homophobia inward, like I did, he quickly learns to accept and love himself. (He’s still working on that misogyny, though.)

As stupid as a show about literal “hormone monsters” sounds, I had never seen a character go through this realization before. It made me feel a little more normal, which I really needed.

So how long could I go before talking about Mastodon? Well gosh.

Mastodon is an open source, federated social network. Don’t worry about the techno-jargon, the point is this: I’ve been involved with the Mastodon community for over two years, and Mastodon is a place of radical acceptance. Seeing people live as themselves and be accepted as themselves by people who care about them has been transformational for me. People just… being themselves. What a concept, folks. Thank you, Mastodon.