I got Xcode 4 - pretty impressive. I’ve been waiting to get this stable release since I was at the demos at WWDC last Summer. I was particularly excited about the new Git integration.

New Xcode projects will let you keep local git source control. Using an existing project with this local source control is … difficult. I tried for a while before almost giving up. Documentation around the “Add Working Copy” is almost non-existent. This is how you do it. 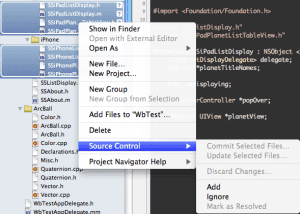 I tried adding initializing an empty git repo and importing into Xcode with no luck. If anyone has a better solution, please let me know!