Okay so it’s been over a month since I last checked in about how my mood was doing. It’s better! But I have this habit of believing that everything is improving because I feel good at the moment, despite continued problems in my mood. So I’ll go to my psychiatrist and she’ll say “how’ve you been this week?” and I’ll say “great!” because I feel good at that moment, and it prevents me from acknowledging the problems.

But this time, I have data! My friend Felix wrote a small Telegram app that texts you three times a day to ask how you’re feeling. Nice. 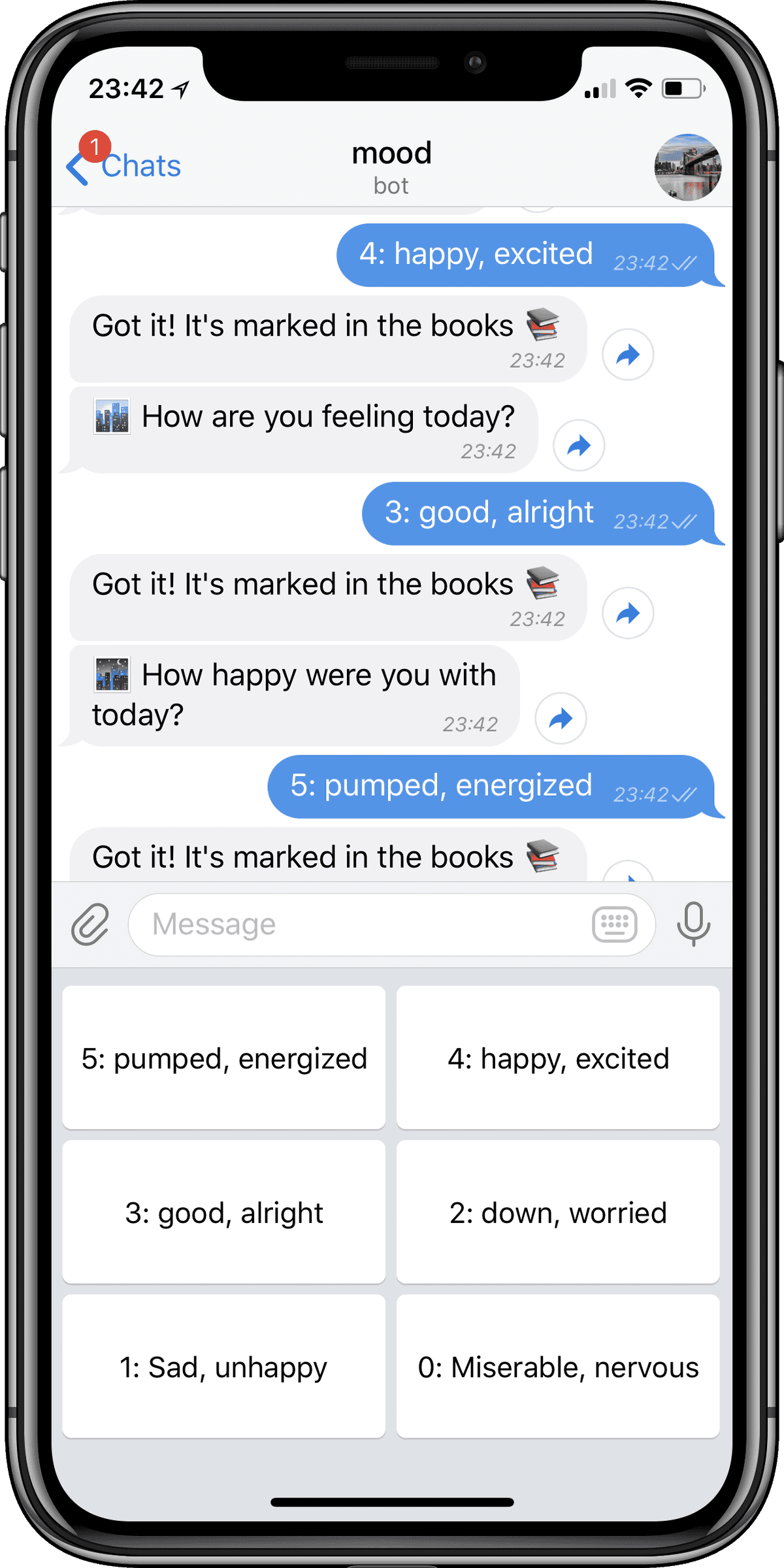 I’ve been particularly keen to see the data over the past week, since I just today have my second weekly session with a new therapist. Last Friday, she gave me some exercises to practice my observation skills, and encouraged me to begin meditating again. With the help of Headspace, I’ve been meditating twice a day: once in the morning and once in mid-afternoon in Artsy’s meditation room.

Okay so on to the data. I started collecting it just over a month ago, so I’ve got a few weeks before starting therapy and meditation, and a week afterwards. I’ve marked on the image below when I started, and the data is available in plaintext format here for people with visual impairments.

Okay, nice. So things were pretty turbulent there before begining therapy. Mostly bouncing around 3 (good, alright) and (down, worried). There are three dips down to 0 (miserable, nervous), which represent, uh, very very bad moods where I felt at my lowest. With all that is implied.

But hey look! For the past week, my mood has been almost entirely 3 (good, alright) or 4 (happy, excited)! Awesome news. I finally feel like things might be improving and I have the data to back up that feeling.

If you want to track your mood with software, you have a few options. There’s the app I’m using that I linked to earlier, as well as HWYD, detailed in this awesome blog post and is also open source.