There’s a very technically in-depth piece by Fraser Speirs about how force-quitting recent apps on your iPhone, iPod Touch, or iPad is useless. While quitting those apps (or rather, removing them from the recently-used list) is harmless, it’s something that the user is worried about; it’s a kind of cognitive friction imposed by the design of iOS’ multitasking user interface.

Here’s the thing: it doesn’t matter if you tell people that they don’t need to clear out their recently-used list because they’re going to do it anyway. I used to explain it to people - technical people, too. I don’t bother anymore. The conversation would go something like the following:

Them: “Yeah, you do, otherwise it’s taking up battery life.”

Me: “No, actually, the app is suspended and not using CPU cycles. The executable may be resident in memory, but it’ll be freed if the OS needs the space, so it’s not affecting battery or CPU performance at all.”

Them: “Actually, I’ve found that I get way better battery life if I close them all. My friend found the same thing.”

I’ve had this conversation a lot, and it always ends with a personal anecdote about how, in reality, they’re justified in their force-quit compulsion. It doesn’t matter if it actually helps their phone’s battery life, they believe it does.

They don’t trust the software, which is rare in iOS. 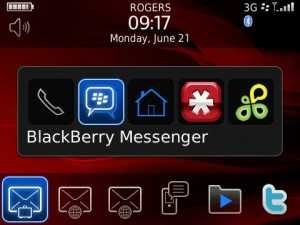 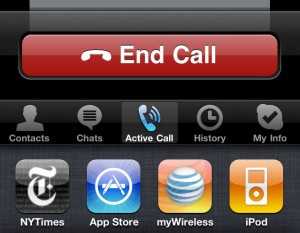 The iOS Fast App-Switching UI is almost identical to the Task-Switching UI used in the Blackberry OS. Unlike Apple, who made sane architectural choices regarding multitasking in their OS, RIM just lets apps run in the background all willy-nilly until you restart the device by physically removing the battery. Seriously.

Of course, all the blame can’t be placed on RIM since Apple could have and, in fact, should have come up with a better UI that makes it clear that recently-used apps aren’t slowing down your phone or sucking up your battery. This needs to be fixed.