So I’ve been doing research into men’s style. I’m not talking trends or “what’s in” (that’s why I called it “style” and not “fashion”). I’m talking about basics: how to properly iron a shirt, take care of leather, the history of pocket square (it was the Greeks!), and so on.

A lot of online resources are out there, and most of them purport their own opinions as universal laws of style. Some common ones include:

A lot of “don’t” rules, I think; needs more “do” in my opinion, but nonetheless, these are rules found a variety of websites. They claim that they are absolutes that are unviolatable! To do so would be unthinkable and if you were to ever make such a folly, shame on you! 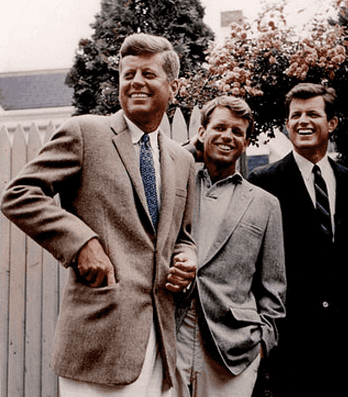 Until, of course, you come across the site’s inevitable post on JFK. They cover his style, his influence on what was popular, how the first family had a lot more impact in pop culture back in the day, etc. Then they show him … wearing a pocket square and boutonniere at the same time. Or sitting down his blazer done up. Or with the bottom button fastened. Their reaction to their hero of style breaking a cardinal rule? “We’ll forgive him! After all, he knows what style is!”

It’s kind of silly, I think. You can’t have it both ways; either these rules are absolute and JFK is an idiot for breaking them, or they’re not absolute and your hero is intact. Their contradiction only proves to me that there are no absolutes.

I don’t know why, but this realization made me feel a lot better. It made me think that, even if I made a mistake and offended some haughty member of the sartorially-superior, it doesn’t really matter. It helped me feel a lot better about what I look like, and I feel a lot more confident in what I wear.

My friend Alex insists that how you act is more important than what you’re wearing; maybe the clothes don’t make the man after all :P