A few weeks ago, shortly after Pokemon Go launched, I saw a pretty messed up image get circulated ‘round the internet, with comments to the effect of “haha, this is so edgy!” But it made me pretty angry. 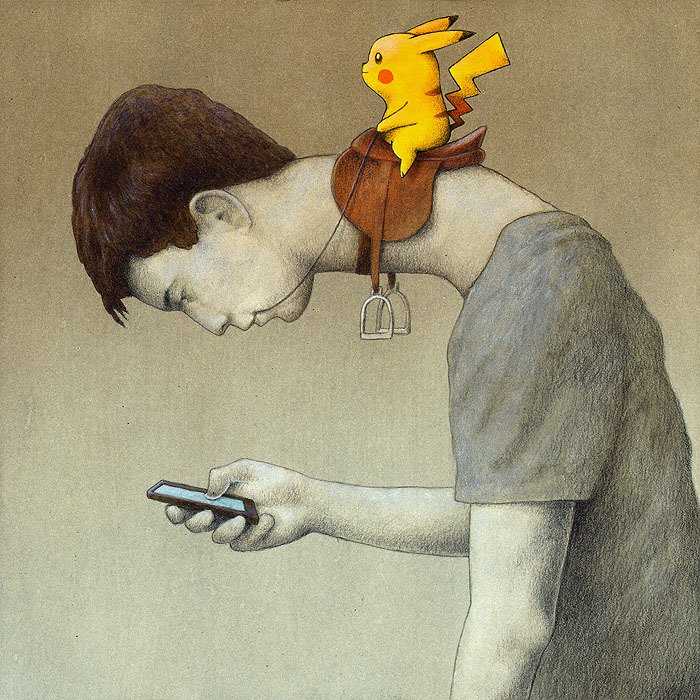 Ohhhhhhh my goshhhhhh the pretension practically oozes off my screen. Pokemon Go became popular and despite benefits like spending more time outside, the game’s popularity demanded snarky responses. Thinkpieces had to be written! Snarky comics had to be published! Ugh.

I’m so tired of this. Pokemon Go entertains people, gets them outside, helps them make new friends, all kinds of awesome things. But it’s an app, which is technology, and technology is bad, right? So we get this faux intellectual backlash coming from people who you’d think would know better: so called “satirists.”

The reason this has me so frustrated is something I read back in January:

The internet – and technology in general – is at its best when it helps people lead fulfilling lives. By many measures, smartphones do that. All the thinkpieces criticizing people for using smartphones, all the comics mocking people for using apps, they’re all intellectually lazy, designed to satisfy one group of people by othering another. And we all act like it’s normal to mock people for relying on technology.

Everyone acts like it’s acceptable to hate on people who rely on the internet, but it’s not. This is just a thing that society does in order to shame people who find communicating online easier than in person.

It’s got to stop.

Smartphones augment human intelligence, the internet enables new kinds of friendships, and technology provides new avenues of creativity. Computers are bicycles for our minds and we take them for granted. As a society, we’ve accepted the idea that relying on technology is a form of weakness.

No more edgy comics. No more faux-provocative thinkpieces. They’re all wrong. If we fail to challenge their message, then we are complicit in the harm they do.