Finding translators for localizing the app turned out to be the easy part. I asked around on twitter and (with some retweet love - thank you all so much!), I got the following fabulous translators:

I really hope I’m not forgetting anyone here - please let me know if I’m forgetting you or if you’d like link attribution.

After getting the strings translated, I had to integrate the new text (which was not that hard). The hard part was actually redoing all the screenshots for the app store in five new languages (both iPad and iPhone) as well as making new launch images for the iPad, iPhone, and iPhone retina display. For a novice at image manipulation like myself, that took a lot longer than I expected. 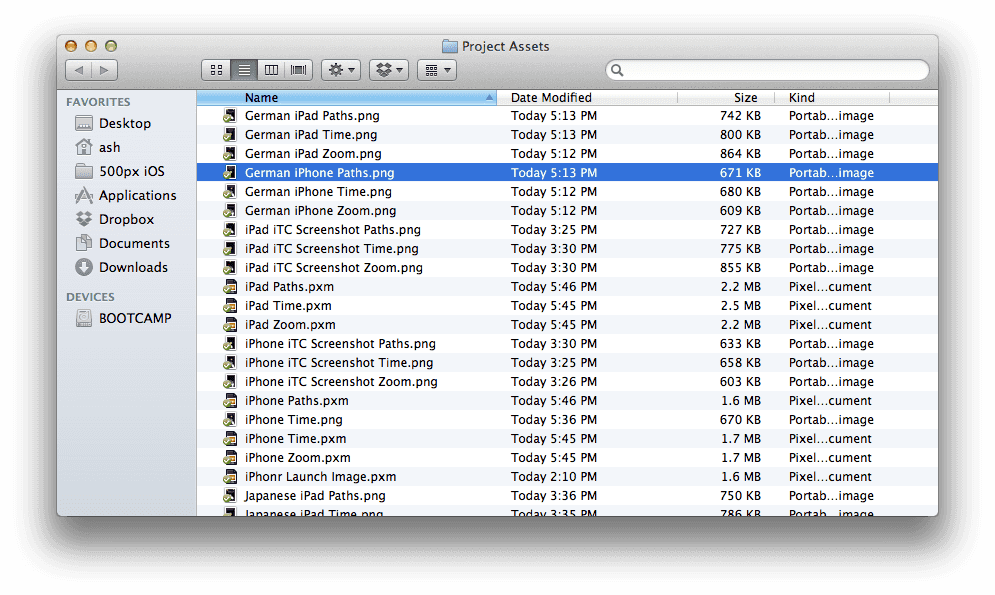 Why was it so hard? Well, this app has always skirted close to the 20MB over-the-air download limit Apple imposes. After all, it’s featuring images of planets, which are pretty big. I integrated the new graphics and used Squeezer to further compress the mostly monochromatic .png files; my app sat at 24.4 MB. Crap!

I removed the retina display pixel maps for Mercury and a few other, smaller, planets and that reduced the app considerably - I submitted version 2.1 at 19.927 megs of bytes. Whoa! Really pushing the line here.

I’m hopeful that everything is going to work out. I’ve been seeing an increase in sales over the past 6 months, particularly among schools, and I wanted to update the app to reach a wider audience. It would really suck if that update limited the app to only being downloaded via iTunes or wifi - severely restricting who can download it and when.

I’m hoping to integrate more educational components into the app and I’ve got some neat ideas I’d like to experiment with. In the mean time, however, I’ll be finishing Storygram, the app my coworker and I wrote two weeks ago at Pixel Hack Day.