The World of the Artist

A common refrain in the photography community, especially online, is that new technology is killing photography; everyone just takes a million photos with their smartphones, applies some pre-packaged filter, and uploads them to social media. “That’s not art at all!” they say.

Yeah, well. Let’s look at history, why don’t we? After the turn of the twentieth century, when photography started to become more than a niche hobby for rich eccentrics, painters decried the medium. “Photography isn’t art”, they would argue. “There is no artistic expression in capturing what already exists.”

That turned out to be a load of hooey. Today, we can look back on the twentieth century and see how pioneering photographers explored and established the photographic artistic medium. We now accept photography as an art form, but it wasn’t always the case.

The introduction of photography as an artistic medium has obvious parallels with the introduction of ubiquitous digital cameras: a conventional group of artists insists that the avant-garde group aren’t real artists – what this new group makes isn’t art and the world is worse off for it. But we’ve seen throughout history how this often plays out. Impressionist painters struggled against conservative art critics just as the computer animations added to Tron were denounced by conventional cartoon animators.

I concede that I believe that people often take too many photos – without purpose – snapping dozens of shots that will never be looked at again. (Don’t even get me started on having to traverse a forest of selfie sticks to get a good look at the Mona Lisa.)

But there is no argument I’ve found compelling for a world where photography is more difficult. If you’re an artist – someone who cares about photography as an art form – then you must admit that more people making photos and sharing them to be appreciated can only be a good thing.

Susie has a point and shoot that she bought at a yard sale. Even though film is expensive to buy and process, she takes lots of photos to practice. Even though the next step up in the photography world – an SLR – is really expensive, she finally spends a lot of money to get a basic SLR and lens. Film is still expensive, and now with more control over the final image, she needs to take more photos to refine her technique. Only through perseverance does she finally become a good photographer. Eventually, she gets a gallery show and gains exposure to the rest of her city. Years of hard work later and her photography is hung in galleries around the world.

Susie has a secondhand iPhone that she likes to take photos with. She wants to make better photos, so she downloads an app. With the immediate feedback afforded by digital photography, she’s able to quickly and easily learn the fundamentals of exposure, focus, and composition. She uploads her work to Instagram and quickly develops a following. A year later, a story on PetaPixel about her iPhonography starts to trend on Twitter. Tens of thousands of people all around the world appreciate her art.

Both of these stories are pretty idealized, sure, but my point is that smartphones and social media have significantly reduced the barrier to entry for an interested photographer. Anyone with a smartphone has access to everything they need express themselves artistically. Yes, there is more cruft, but there is also a lot more art, so I consider that a win.

There has never been a better time to be a photographer than right now and all indications point toward a brighter future.

The World of Gear

OK, so what about the gear? I mean, DSLRs exist for a reason: they take better photos than a smartphone. People using Instagram to make “photos” are really cheating by using faux tilt-shift filters and software sharpening, right?

Well, not really. Since when does the equipment used to produce a work of art impact its status as art? People who believe they need to buy a better camera to make better photos have either been tricked or are tricking themselves.

No equipment – beyond a camera that gives you control over focus, shutter speed, and aperture – provides anything but an incremental improvement to photo quality. If you need new equipment because it provides a specific function that allows you to express an artistic vision, like tilt-shift lenses or cameras with hot shoes, by all means go for it. But I often hear people say that if only they had a better camera/lens/flash/tripod/filter/bag/strap/etc, they would be able to create better photos.

At this point, I had everything: my dream kit. But the progression of my skills stalled; I wasn’t really enjoying photography and I wasn’t making the photos I wanted.

Once again tricked into thinking I could buy my way into happiness, I bought a Fuji X100S (mainly because it was more portable). Shortly after that, I moved to Amsterdam and experienced an explosion of photographic output. I literally didn’t leave the apartment without a camera for the first month; and for that first month, the only camera I had was my X100S. My Canon 5D gathered dust while I took great photos with my Fuji because I actually brought it with me. All of my DSLRs and all of my lenses stayed home, even during our trip to Paris, because it was way more convenient to take the smaller rangefinder than the DSLR.

I sold the 5D and all of its lenses. I didn’t need them – I was creating better photos with an inferior camera. And I didn’t care.

During my recent trip to Iceland, my only digital camera suddenly stopped working. So I used my iPhone and I got the shot. 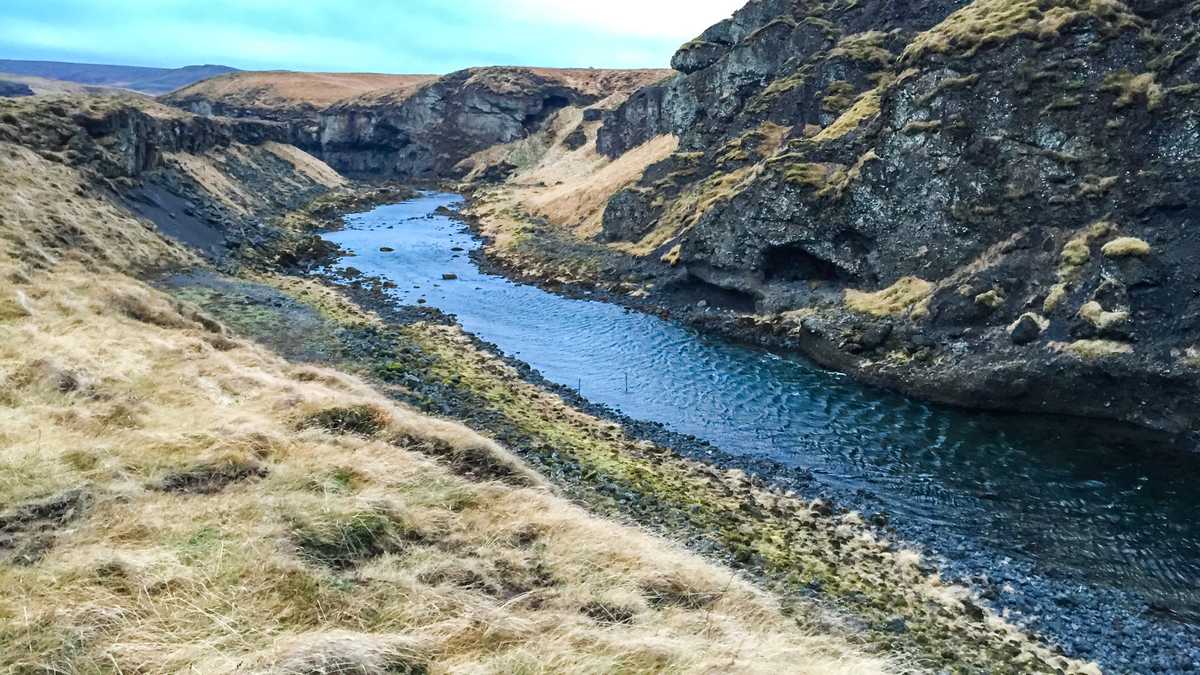 If I had eschewed my iPhone because it wasn’t a “real camera”, then I’d have never gotten a shot at all.

The World of the Professional

OK fine, from the artistic perspective, the smartphone revolution has been a boon to budding artists. And fine, the gear used to make a photo doesn’t impact whether or not that photo is “good.” But what about the professionals? We hear all the time about professional photographers being driven out of business by inexperienced amateurs with cheap DSLRs. What about them?

But let’s look at that from the amateur’s perspective: they get extra cash and gain experience doing something they love.

And let’s not forget the clients: people who couldn’t otherwise afford photos of their wedding or baby shower or whatever event now have access to a cheaper alternative to a full-time professional.

From a big-picture, society-wide perspective, it’s arguable that this is a win for everyone except the pro photographers out there. If a client really values their photos, they’ll pay for an experience photographer. I believe that there will always be a market for professional photographers – it’s just going to continue shrinking for a while.

And let’s not forget that digital photography and social media have enabled new businesses to be created. Some photographers, like my friend Megan, run studios focused on specialized work, like fantasy photography that use digital techniques in new and creative ways. New businesses like Sincerely are being started because of the smartphone revolution. Smart business people are taking advantage of the new technology.

Things are constantly in flux. True professionals spend their time creating new ways to make money instead of complaining to anyone who will listen about how great things were back in the day.

I could write a lot more about the state of the photography community in 2014, but these are the three perspectives I wanted to share. The points I made and stories I shared have been floating around my head for months as I struggled to find a way to tie them together in a coherent post.

To me, it comes down to this: