Last week, I attended WWDC in San Francisco. I was in the Bay Area for two weeks in all and spent a lot of time meeting people I know from the Internet.

Since the last time I was at WWDC, I’ve pulished two books, a second edition to a book, started contributing to a number of open source projects, wrote a tonne of iOS 7 tutorials, started another podcast, and doubled my number of twitter followers. Basically, it was a busy year.

In hindsight, it shouldn’t have come as such a surprise when I ran into a lot of people who knew who I was. The common refrain from the week was something like:

(My friend and colleague Orta says I have a branding problem, but I just can’t see myself introducing myself as “Ash Furrow”.) 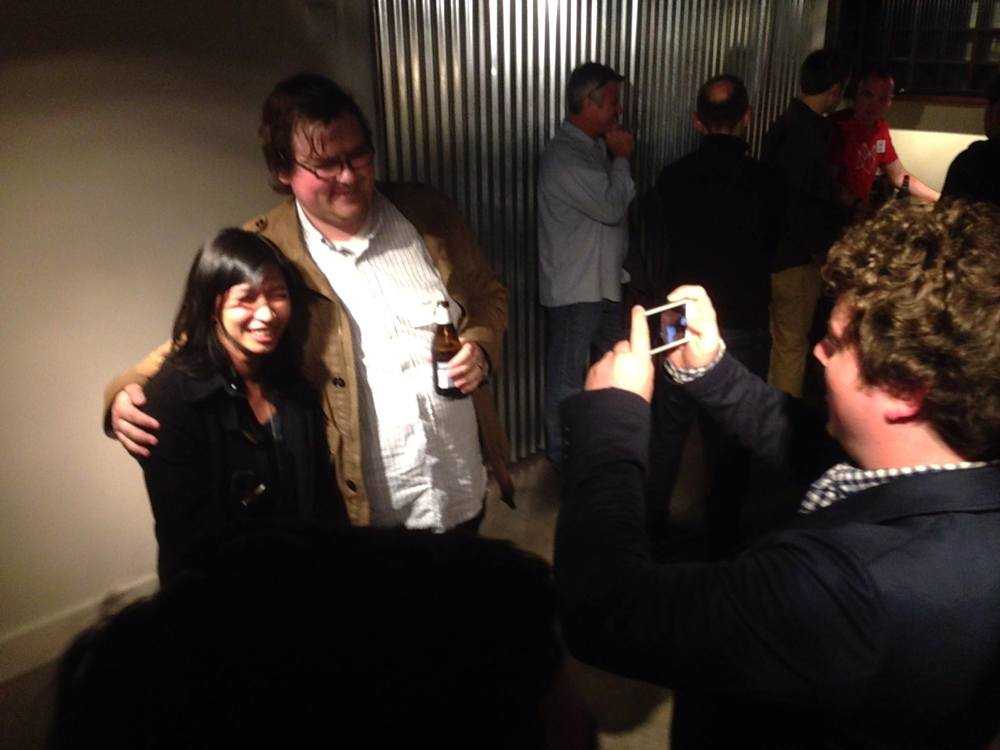 One person who recognized me asked for a photo, since she didn’t think her friends back in Melbourne would believe that she had met me.

So yeah. Last week was a big adjustment. I’m not used to attention in the real world, and it’s a little uncomfortable to be honest. From a personal perspective, it’s something that I think I’m going to have to get used to. And not all attention is desirable – I pissed off a lot of people last week with some strong opinions on Apple’s new programming language.

I think what I’m most concerned about is remaining authentic. I answer a lot of questions people have about collection views, ReactiveCocoa, and other topics I’ve written about. Usually over email or twitter. I always try and answer each question as best I can, but that obviously doesn’t scale, and lately, I’ve been falling behind. It’s going to be an interesting problem going forward, and I’m not quite sure what I’m going to do.